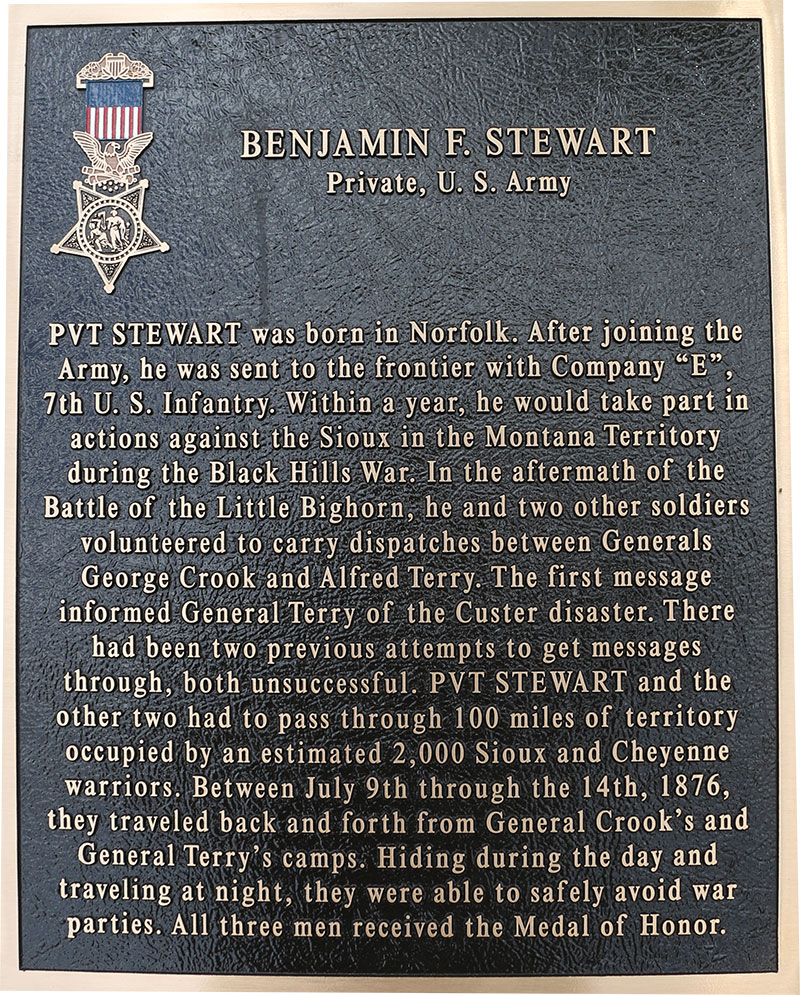 PVT Stewart was born in Norfolk in 1851. After joining the Army, he was sent to the frontier with Company "E", 7th U.S. Infantry. Within a year, he would take part in actions against the Sioux in the Montana Territory during the Black Hills War.

In the aftermath of the Battle of the Little Bighorn, he and two other soldiers, PVTs William Evans and James Bell volunteered to carry important dispatches between Generals George Crook and Alfred Terry. There had been two previous attempts to get messages through, both unsuccessful. PVT Stewart, along with PVTs Evans and Bell, had to pass through 100 miles of territory occupied by an estimated 2,000 Sioux and Cheyenne warriors. Between July 9th through the 14th, 1876, they traveled back and forth from General Crook's and General Terry's camps. Hiding during the day and traveling at night, they were able to safely avoid Sioux war parties.

For their actions, all three men received the Medal of Honor.