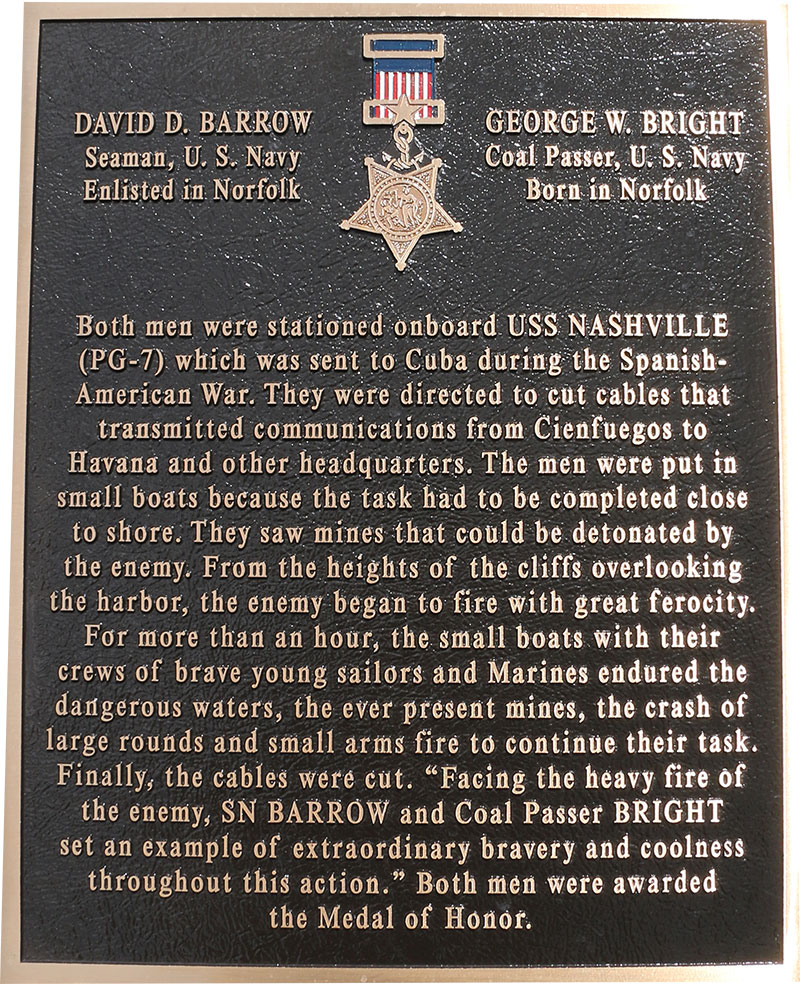 Both men were stationed onboard USS NASHVILLE (PG-7) which was sent to Cuba during the Spanish-American War. They were directed to cut cables that ran from the Spanish headquarters to transmit communications to and from Havana and Spain. The men were put in small boats because the task had to be completed close to shore. To add to the dangerous task, they could see mines that could be detonated by the enemy on shore from a small switch house.

From the heights of the cliffs overlooking the harbor, the enemy began to fire with great ferocity. For more than an hour, the small boats with their crews of brave young sailors and Marines endured the dangerous waters, the ever-present mines, the crash of large rounds, and small arms fire, to continue their task. Finally, both cables were cut. The badly battered sailors and Marines, in small boats barely able to remain afloat, returned to their warships. "On board the USS NASHVILLE during the cutting of the cable leading from Cienfuegos, Cuba, 11 May 1898. Facing the heavy fire of the enemy, SN Barrow and Coal Passer Bright set an example of extraordinary bravery and coolness throughout this action."