This is a map of the Ridership Concept for Norfolk.

In this Concept, many routes would arrive every 15 minutes midday. People would have shorter waits all day 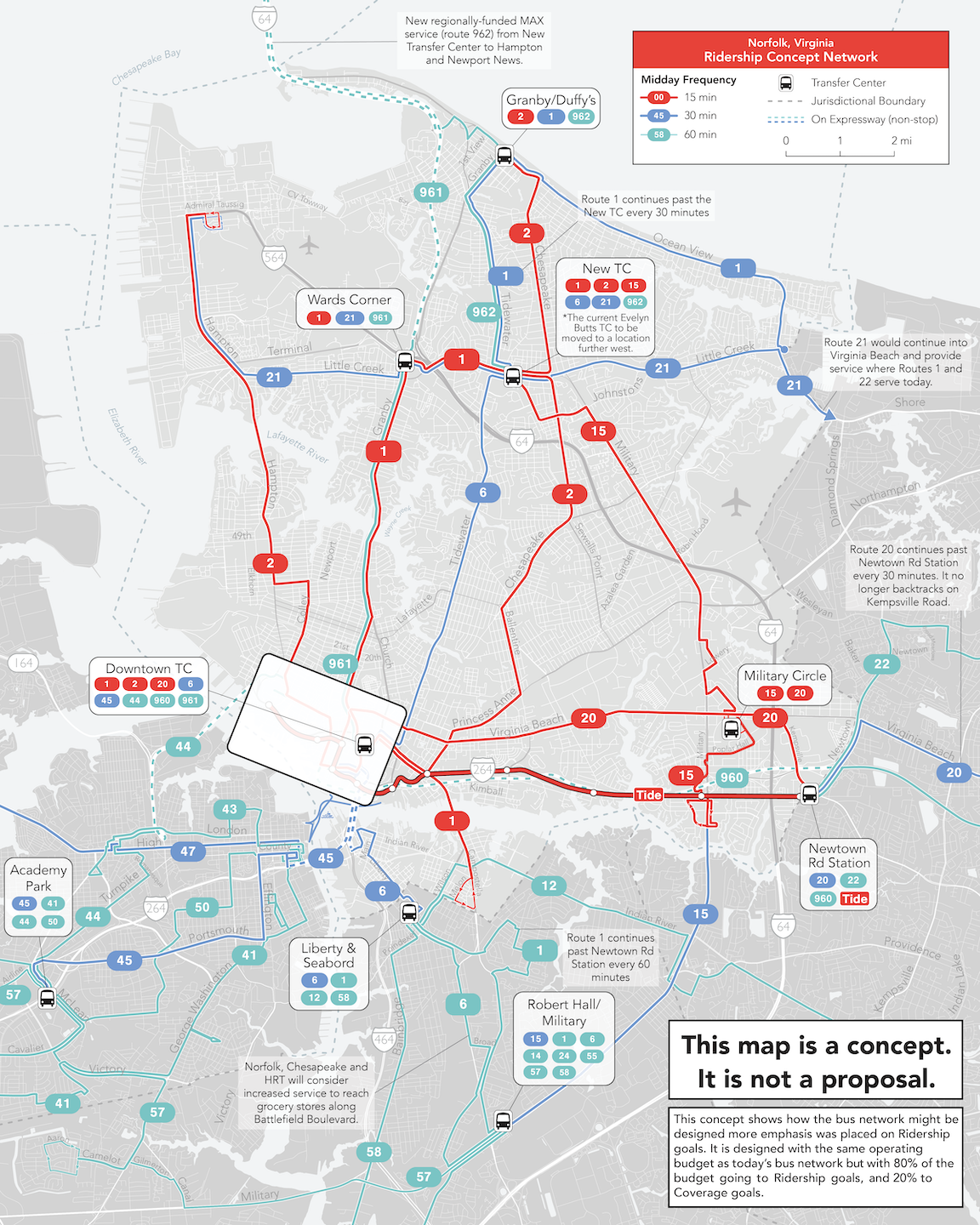 on weekdays, Saturdays, and Sundays, and not just at weekday rush hour.

However, adding this much service to so many routes means fewer routes can be run with the same amount of money. Some places would lose service in this Concept.

More people would ride buses because most routes arrive every 15 minutes all day most of the week, making connections much easier and getting people to more jobs faster

Transferring between routes, and between bus and rail, would be quicker thanks to new frequent connections.

This Concept would still run service near 95% of Norfolk residents and 89% of Norfolk jobs.

Want to learn more? Watch a video presentation on the Ridership Concept: