EMERGENCY ALERT City of Norfolk Offices to Close Due to Inclement Weather Read On...

This is a map of the Coverage Concept for Norfolk. This Concept would use the same amount of bus funding as the existing network, no more.

Most people and places that have 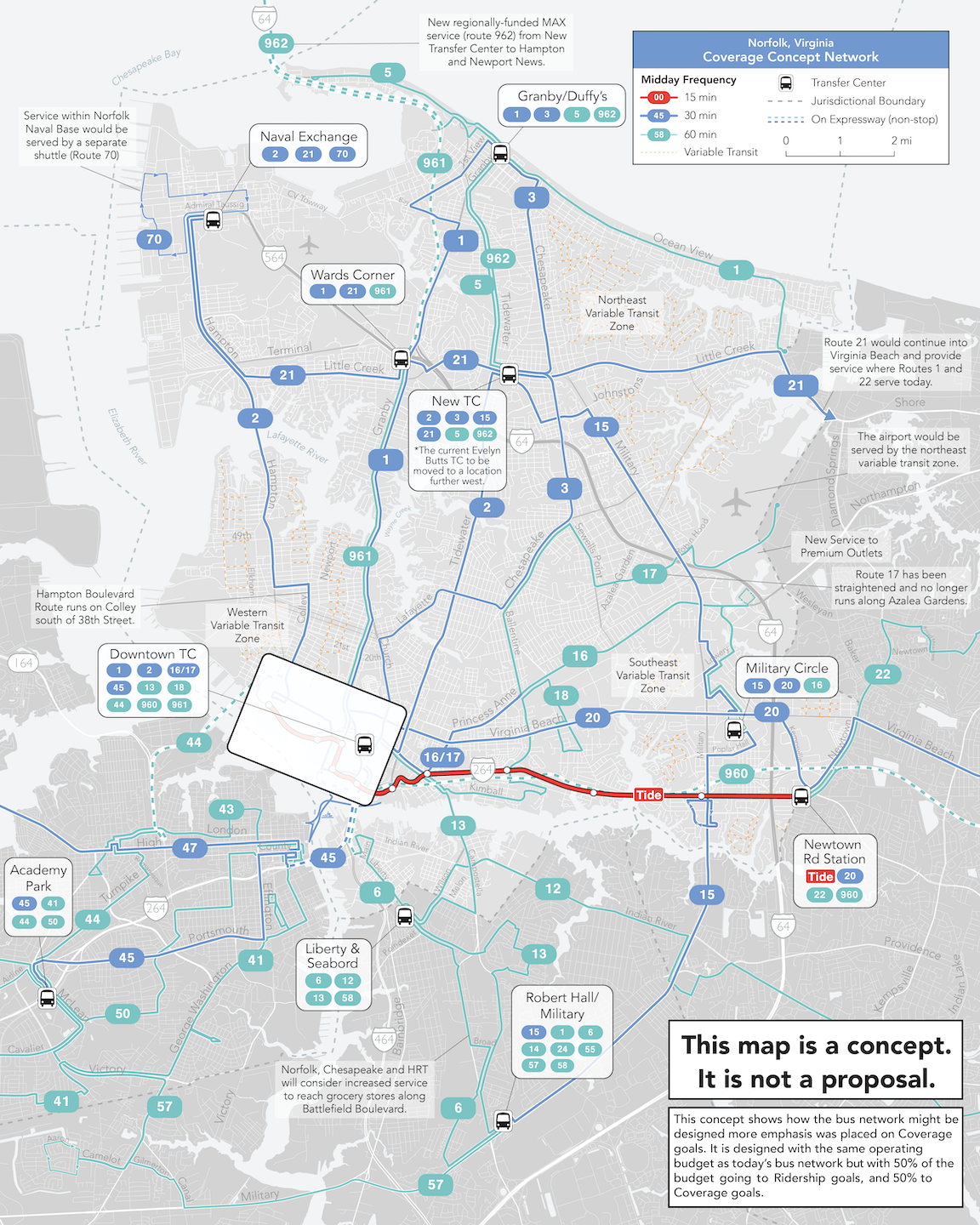 transit service today would still have service. Some new people and places would also have some new service. In some places, variable transit service would replace existing bus service.

Spreading transit out to so many areas means that most routes can’t offer a high frequency of every 15 or 20 minutes. As a result, most people would still have to wait a long time for the bus on most routes.

As 99% of Norfolk residents and 98% of Norfolk jobs would still be close to a bus stop in this Concept (similar to the current system).

This Concept would offer short walks to routes, like in the existing network.

Like in the existing network, service would be spread out to cover many areas. Routes would also run down many parallel streets. Spreading transit out means spreading it thin, so people would still have to wait a long time for most buses.

Want to learn more? Watch a video presentation on the Coverage Concept: