The City of Norfolk initiated a Bike-Pedestrian Counter Program in March 2021 to provide a reliable method of data collection. This data will be used to advance the goal of making biking and walking more comfortable and more connected in Norfolk by better understanding the trends of pedestrians and cyclists in the city.

The City aims to use the bike-pedestrian counters to support the expansion of bike lanes. The data will be used to justify the existence of existing infrastructure and to support the planning and investment for future network expansions and safety measures for both modes. In addition, developing a bicycle count program will help Norfolk achieve a Silver award through the League of American Bicyclists as a symbol for being a bicycle-friendly city. Norfolk currently has a Bronze award.

The first phase of counter installations focused on 15 existing bike lane locations. The location of these counters is shown in the map below. The second phase of counter installations will focus on other existing bike lane locations as well as new bike lanes implemented according to the Multimodal Transportation Master Plan and the City of Norfolk Bicycle and Pedestrian Strategic Plan.

There are currently seven Eco-Counters in the City of Norfolk that have been installed at specific locations along the Elizabeth River Trail since 2019. Three counters are owned by the City and four are owned by the Elizabeth River Trail Foundation. These counters are wooden posts with electric sensors installed into the adjacent pavement (bottom image). 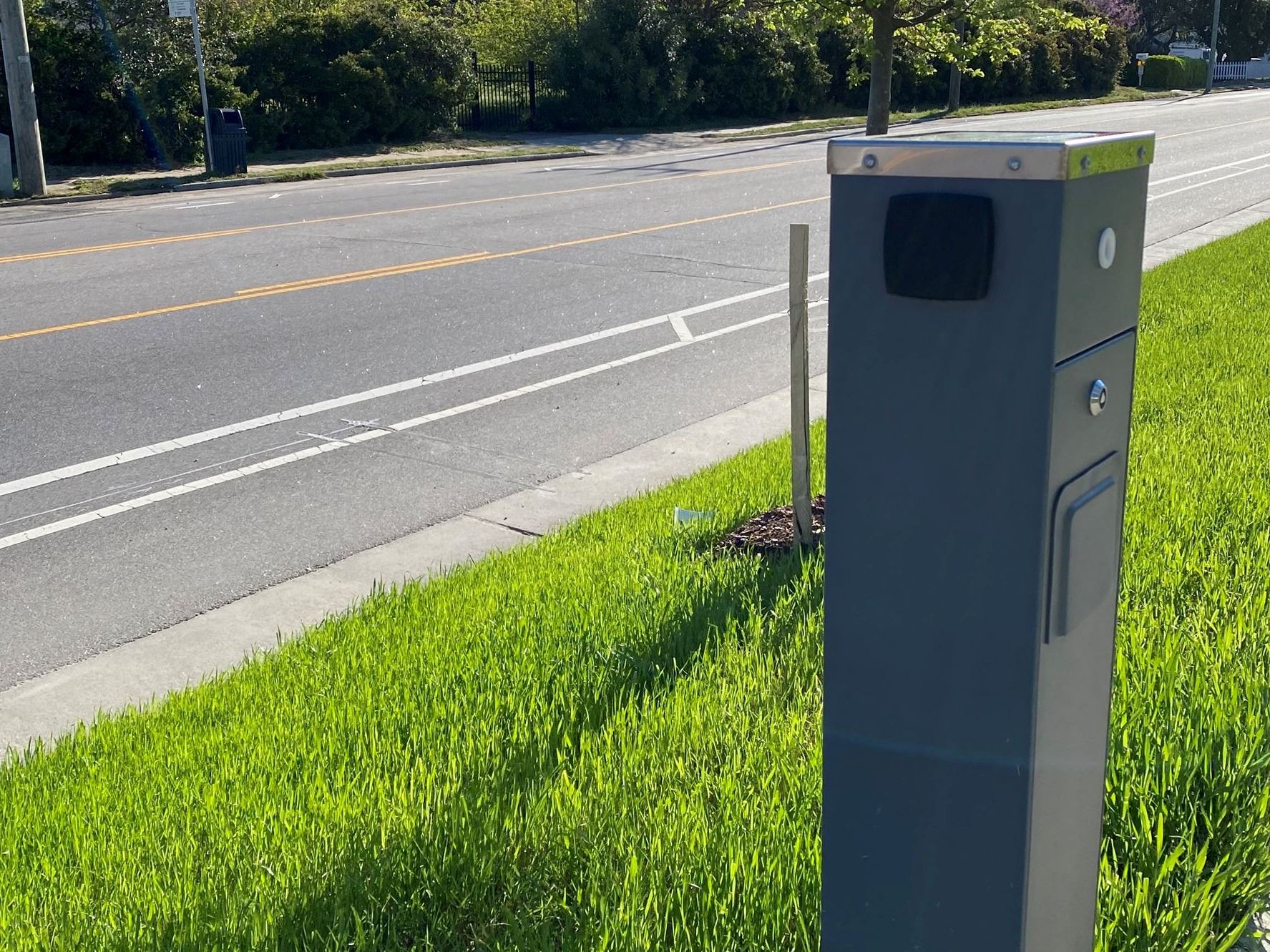 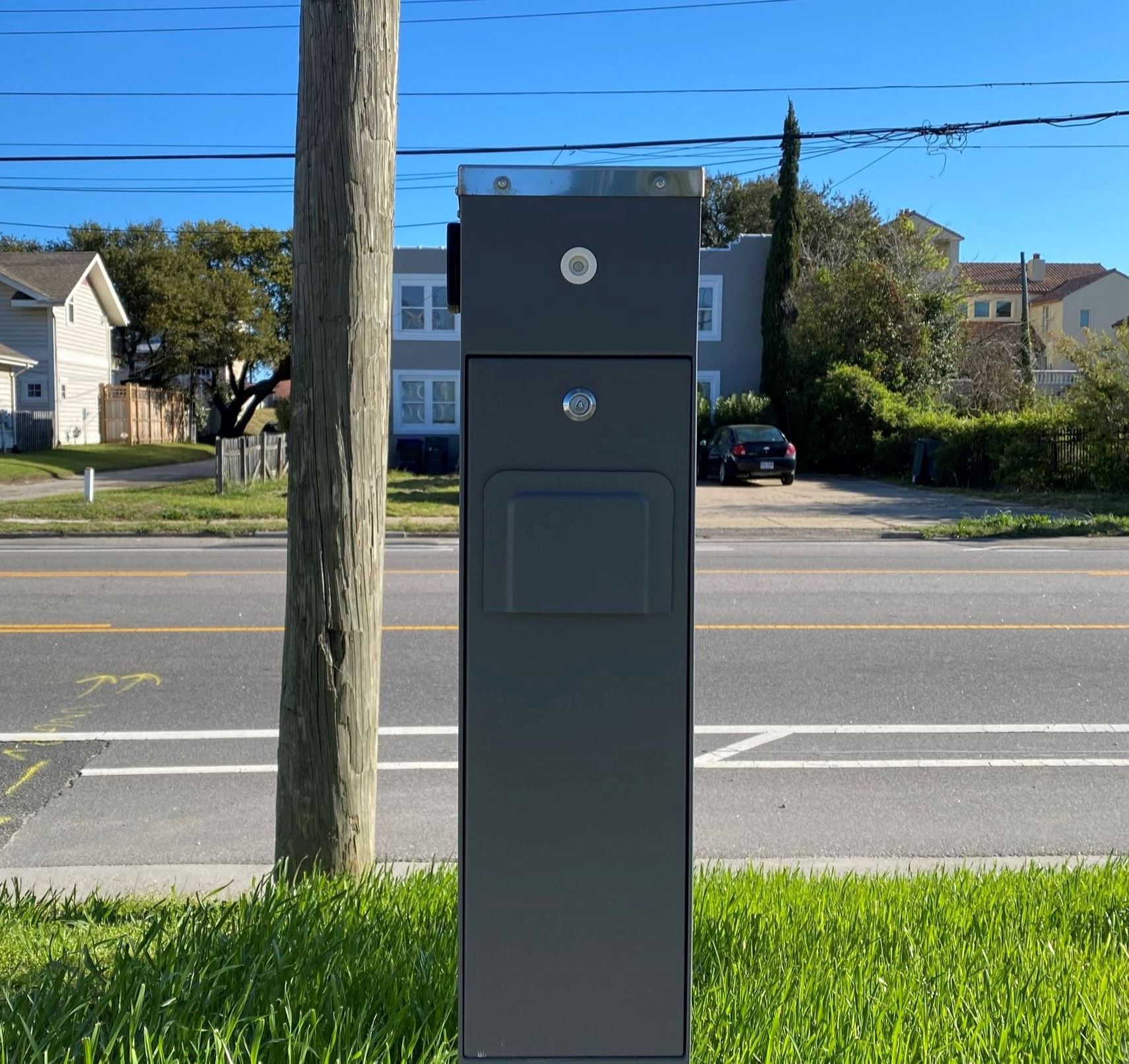 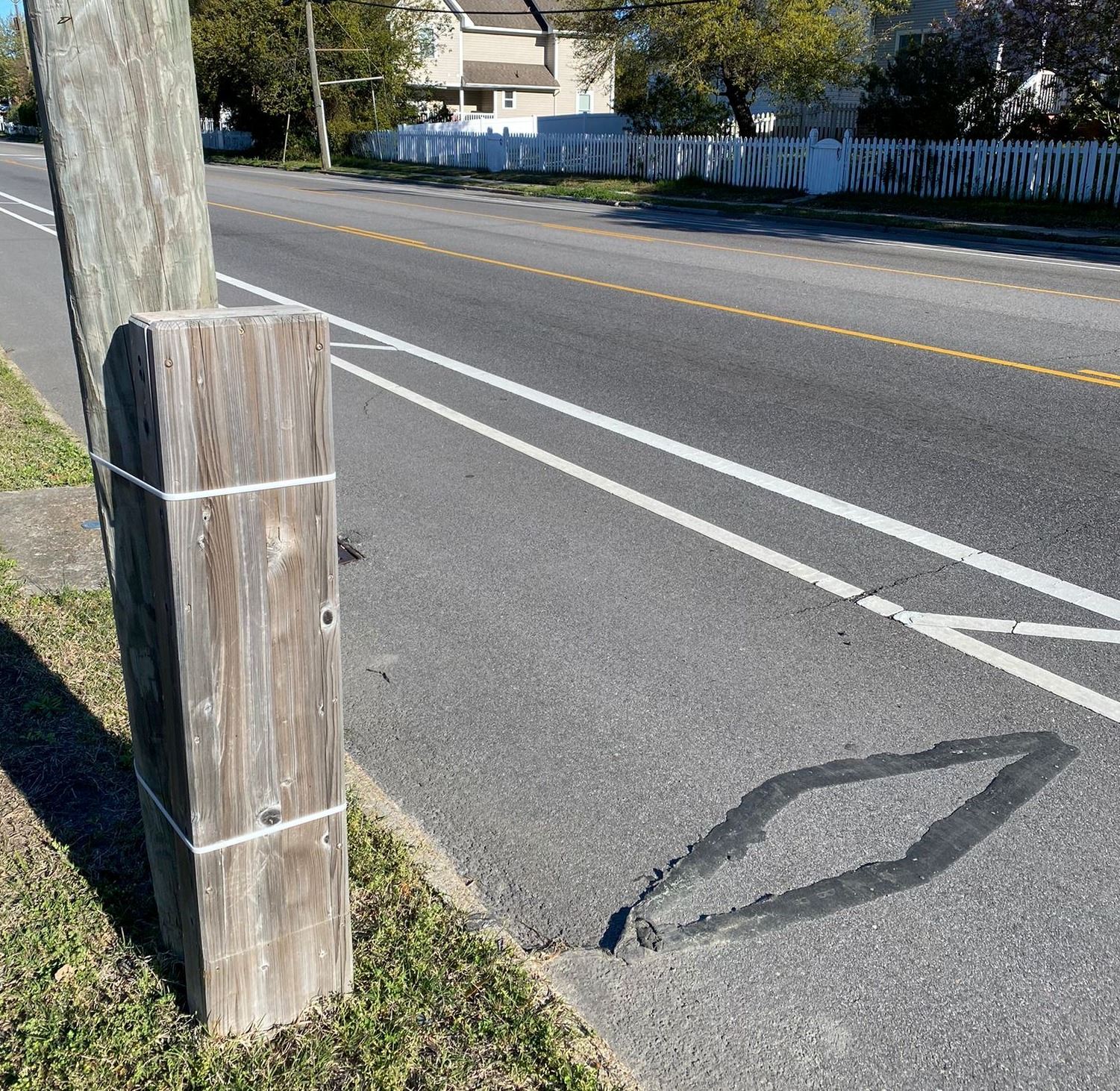 Data collected includes bicycle & pedestrian counts as well as direction and headway of bicyclists. View the Bike and Pedestrian Trip Counts dataset on the Norfolk Open Data portal. The dataset comprises data from the Roadsys counters and the Eco-Counters.

The 22 installed bike-pedestrian counters in Norfolk are displayed in the following table & map. View the current Norfolk Bike Network map. 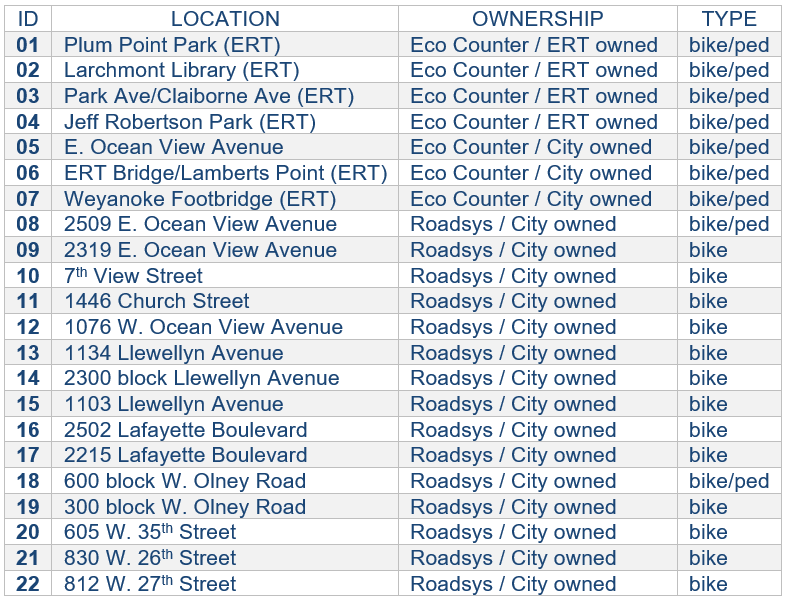 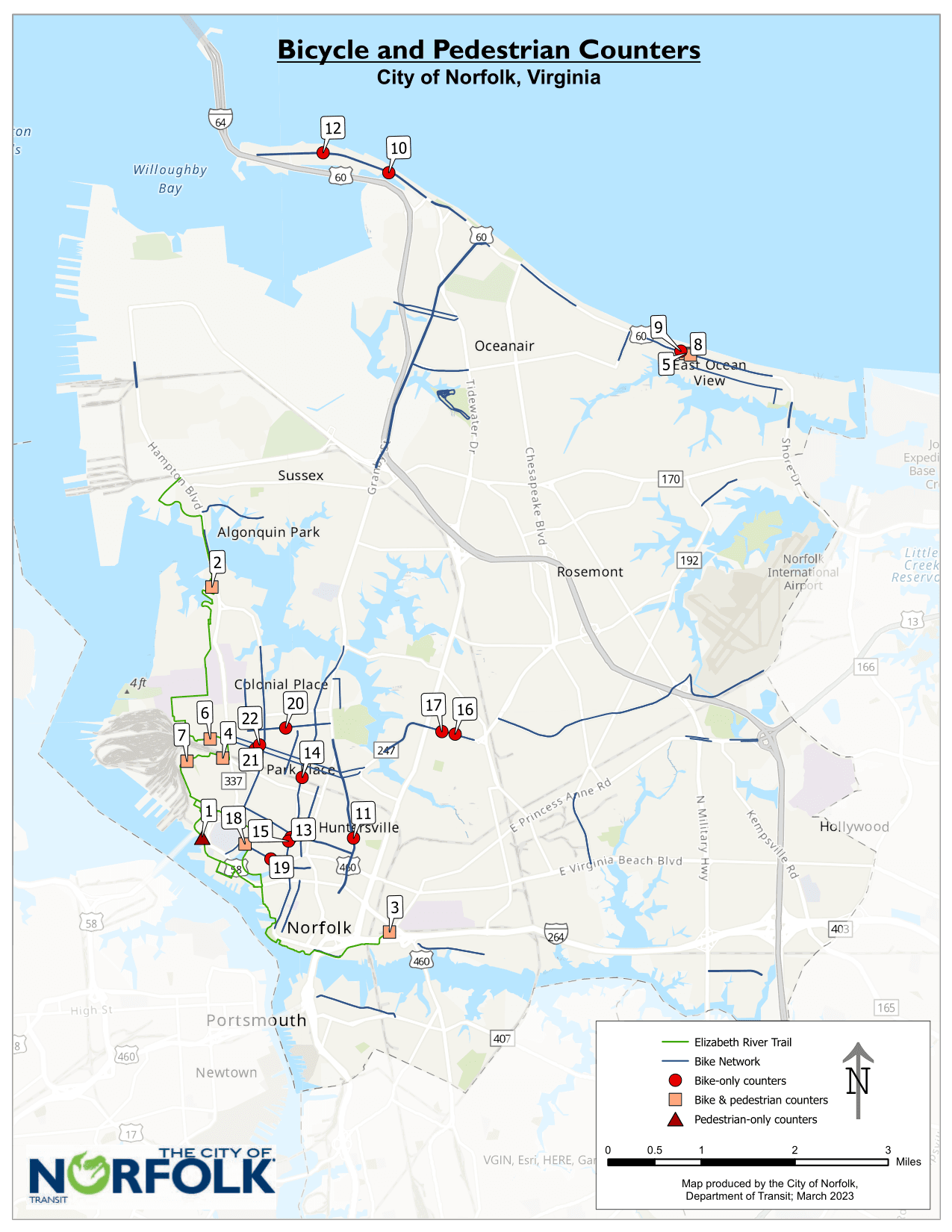